Five Types of Fireworks to Celebrate the Holidays 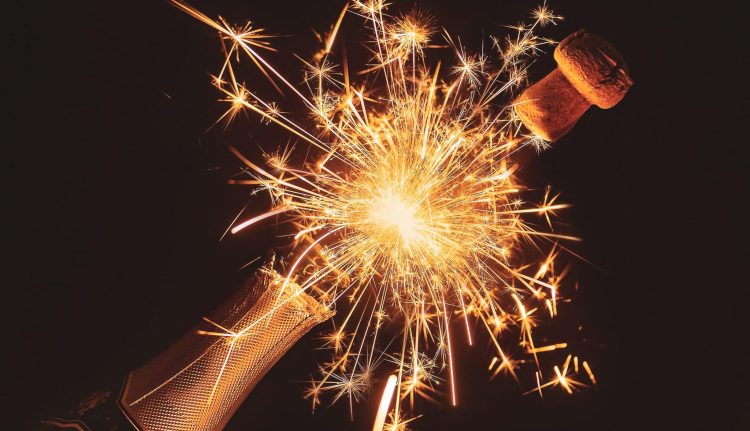 New Year’s Eve has become the highlight of the calendar year for pyro junkies across the nation. From simple sparkler pictures to giant displays, the sky must be sad on the 2nd of January.

Now that the New Year is right around the corner, it’s time to highlight some of The Fireworks Lady’s favorite picks for you to have a spectacular night when that clock strikes midnight.

While we like to think about a midnight kiss and a fireworks display as the beginning of New Year’s celebrations, the first known record seems to point to celebrations beginning as early as 2000 B.C. in Mesopotamia.

This occurred at the time of the vernal equinox, which is actually toward the end of what we now consider the month of March. The ancient Mesopotamians, of course, were not experienced fireworks users, so they would perform various rituals lasting upwards of 11 days!

Things have changed a lot over the years, but one thing remains constant, the need to celebrate the coming of a new year. A time to reminisce on the past but be optimistic about the future. Without further ado, here are the five fireworks you should check out for the holiday season.

Cakes consist of fireworks that can be set off in succession, allowing for a customized mini-display in a tiny package. Often th

Cakes are a great go-to for the New Year’s party that wants a big show!

They generally consist of rockets or roman candles packed together into one package. Cakes possess an internal fuse system, unlike any other firework, that allows them to ignite automatically.

Cakes come in various shapes, sizes, detonation, and fire times. Some may be simple and last just a few seconds, while others can last multiple minutes. If you’ve ever seen a professional fireworks display at a ball game or special event. In that case, the “grand finale” is almost always made up of compound cakes weighing up to a hundred pounds before detonation!

The most commonly known type of firework, when launched into the air, the Rocket can climb to an enormous height. Depending on the kind you purchase, some can reach up to 150 feet in the air before exploding with a thunderous bang.

Outside of cakes, rockets are going to bring a large sky display to your New Year’s Eve Party and have your guests talking about it for days to come.

While a sparkler is easy and safe to use, there’s nothing quite like the simple enjoyment it brings to those of all ages.

Sparklers consist of a minor, handheld metal stick that emits a constant stream of sparks when lit. Modern varieties may be constructed from wood with a paper tube attached and, when lit, emit sparkles that change color thanks to using different ingredients.

Whichever sparkler you choose, they are a perfect fit for a New Year’s Eve party just looking to have some fun with some straightforward fireworks.

Fountains are an excellent option for those who want to experience the beautiful visual element of a firework but without the loud and often surprising sound effects, such as bangs and whistles.

A fountain would be perfect for a neighborhood that doesn’t allow too much noise from fireworks.

The mechanics behind a fountain firework is as the name depicts; when lit, they release a shower of sparks. Like cakes, some fountains are giant and can last minutes at a time.

The effect of a Mine firework may be short-lived, but it is undoubtedly dramatic and spectacular. The mine is shot from a mortar shell at ground level and shoots colored stars into the sky with various flashes and bangs.

Be careful, though; mines are well-known as the loudest of all fireworks, with noise levels sometimes reaching as high as 120 decibels!

If you have a large number of young children at your New Year’s Eve extravaganza, you may want to avoid the use of mines.

Why Choose the Fireworks Lady?

Whatever type of firework you choose for this New Year’s Eve, The Fireworks Lady is a one-stop shop for anything and everything. Our experts have been in the fireworks industry for decades and have the knowledge to guide beginners to pyro specialists.

Create Lasting Memories with a Spark