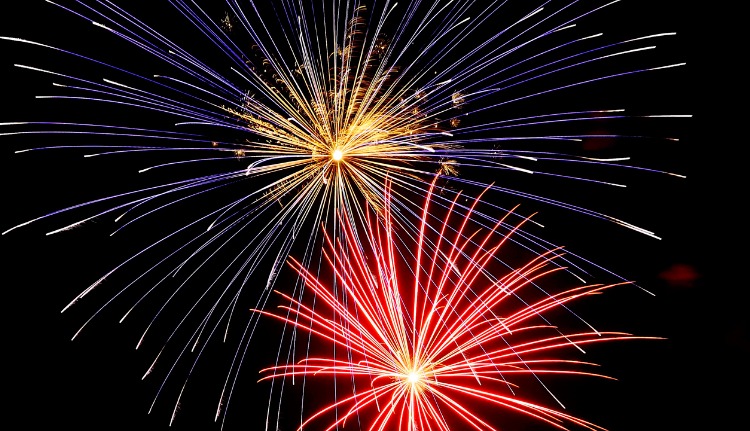 Recently, Alex DeLuca a reporter for the Sun-Sentinel wrote an article on some reasons consumers may be seeing increased fireworks costs and shortages over the prior year. The article features the Fireworks Lady & Co. as well as some additional feedback from Patricia Taime our proprietor. Check out the article below.

Shooting off fireworks in South Florida could be more expensive this Fourth of July, thanks to pandemic-related supply shortages.

Supply chain issues and shipping delays from China have left fireworks dealers across the country struggling to stock up for this Independence Day. In South Florida, distributors have experienced varying degrees of success in finding enough firecrackers, smoke bombs, and rockets for this year’s festivities.

While some local dealers appear to be mostly unaffected by the shortage, others say they have been forced to raise prices.

However, Marwood estimates prices have increased about 5%.

“We did have to cover a couple of the costs,” Marwood said. “But nominally, we haven’t raised them up as much as the prices have raised on us.”

Fireworks Lady & Co., a wholesale fireworks company with stores in Miami, Davie, Pompano, and Deerfield Beach, imports its supply directly from China. As a result, its shipments — and their cost — have changed substantially, said owner Patricia Taime.

The company has paid triple the normal costs of shipping for its products this year, Taime said. As the prices continue to climb, the company has been forced to increase its prices as well.

“Of course we have to do that,” Taime said. “How can we survive without that?”

Taime said some products have yet to arrive from overseas. They are short three 40-foot tall shipping containers full of fireworks for this holiday season.

“In dollars, that would have meant huge numbers,” Taime said. “That’s a lot of fireworks.”

Chris Winkler, owner of Big Stuff Fireworks in Miami, said there’s a chance his store — which opens its doors on June 29 — could have empty shelves by the time the Fourth of July rolls around.

Although he began looking for the store’s Fourth of July supply around New Year’s, Winkler has still struggled to find merchandise anywhere — and like Taime, the product he’s found has been more expensive than usual.

Winkler expects the store will have to raise its prices a bit. “We’re gonna have to do something,” he said.

Winkler’s advice to those planning to buy fireworks this holiday season: “The earlier the better.”

“If they wait till the last minute, the stuff that they like is not gonna be there,” Winkler said.

Despite the national shortage, Donny Aaron’s Arsenal of Fireworks in Boca Raton managed to secure the largest supply of fireworks it has had in the last 10 years, said manager Joseph Villano.

“The national shortage is true,” Villano said. “But here at Donnie Aaron’s, we have managed to fall through the cracks and get all the product I’ve ever wished for.”

During last year’s supply shortage, the store sold out of all its product around 8 p.m. on July 4, Villano said. So, this year, he made sure to place orders earlier on.

Villano declined to say whether the store had to raise its prices. However, he feels confident in the store’s supply this holiday season.

“My owner has come into the store and says we have gold here — products that not everyone was able to get,” Villano said.

Like Villano, Marwood knew Happy Holiday Fireworks would be dealing with a supply shortage and made sure to purchase more products than anticipated. He expects the stores will have a surplus of fireworks for July 4.

“We think it’s going to be a really big year because no one else is going to have anything,” he said.

Here is the link to the original Sun-Sentinel article from Alex DeLuca.